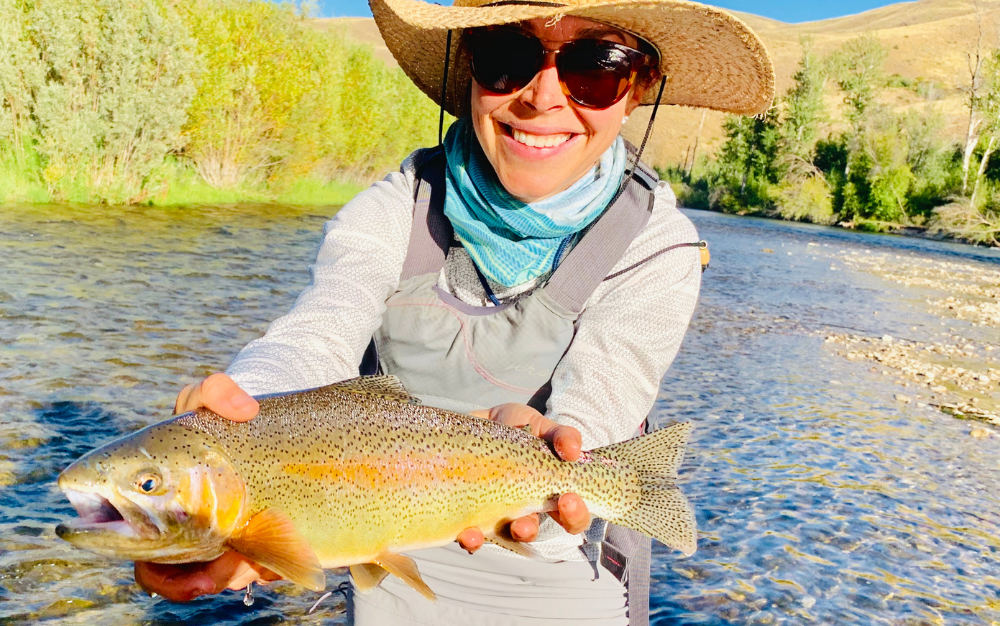 It was time to start planning our one-year anniversary trip and my husband had asked to plan a surprise. Being the organizer, planner, type A personality wanted to say no, but I let him & am I happy I did! He had planned two days one night Fly Fishing Henry’s Fork in Island Park, Idaho. He had failed to tell me that fishing Henry’s Fork was on his Fly Fishing bucket list. As we rolled past Henry’s Fork, I was able to see why! Henry’s Fork is located in Southeast Idaho and is also referred to as the North Fork of the Snake River. This river runs 127 miles, we only got a glimpse of the River in our two days but hope to be able to explore more.

My husband, Tobi had stopped in Island Park during his residency years in Boise & had promised himself one day he would utilize the Trout Hunter Fly Fishing Guides and Fly Fish Henry’s Fork. With a bit of luck, we were able to book with one of their top Guides Patrick Gaffney for the day! We rolled into Island Park just in time to chat it up with all the guides, pack our lunch and hop into Pat’s truck to head out on the water!

Got everything packed, rigged up, and ready and we were off on the river. We literally weren’t on the river more than 20 minutes before Pat saw the first fish rising. Now let me give you some of the details….. Henry’s Fork is known to have HUGE fish, but these fish aren’t normal. They seriously have a Ph.D. in reading and scoping out flies! Ok, now that you know this let me continue!

The adventures begin on Henry’s Fork

Pat tells us about this monster of a fish that has been slurping bugs on the side of the river for weeks! I look over to where Pat is pointing and I couldn’t believe my eyes. The nose coming out of the water was making a wake around it every time it came up to eat. I was nervous, to say the least. First time fishing this river, with a guide, and, I had to cast sitting down. Being pretty new at Fly Fishing the thought of having three people in the boat watching you, huge fish-eating in front of you….. I was shaking hahaha. We gave it our best effort and Pat changed my fly out 9 times before we tipped our hats to this Monster of a fish!

On the river right when a Caddis hatch was going off and our boat and oars were completely covered! It was crazy how quickly they would land, clump together and lay their eggs! It was a sight to see for sure!

We came to a shallow place and Pat told us, “This might not look like much but those big fish like to sit in this shallow water.” It wasn’t thirty seconds later that a huge wake started to come away from the shore. We both were in disbelief that a fish could be making that wake. Tobi cast towards this fish but it wasn’t interested in eating, it was on the move and it was going fast!

It was moments later that Tobi would land his first fish in the boat & it was a beauty!

Pat decided to make his way to one of his favorite places on the river. We had lunch and let the wind die down. We started to fish the side channel of the river and could see fish sipping the surface. To watch these noses peek through the water is something I’ll never forget.

My turn to snag a fish!

I was enjoying the River and the beauty around me when my line went tight! This fish hit the fly and was on the run, literally headed for the opposite shore! It gave a great fight but in the end, I was able to get it in the boat. To date for River fishing, this was my biggest fish caught. I know, there are a lot of jokes about how fishermen exaggerating the size of their catch. My fish doesn’t look as big in this photo but take my word, it was a fat and happy Rainbow!

We continued down the river and were able to fish streamers for the remainder of the day. I absolutely loved our day on the river and can’t wait to Fly Fish Henry’s Fork again!

We were able to book a room at the TroutHunter Lodge right in town. The rooms all had fun names, were simply decorated and spacious. This was our view from the patio, caught a gorgeous sunset!

We enjoyed a tasty dinner at the TroutHunter Lodge. Starting with their house salad out on the patio, but retreated inside when temps dropped. We had the short ribs with the most incredible sauce paired with their crispy, perfectly seasoned sweet potato fries. Oh My Goodness! This was a hearty meal and I was glad that Tobi and I were sharing, I couldn’t have finished this alone. The best thing about sharing is you have a little extra room to try a dessert option! We chose their vanilla bean creme brulee, I’m pretty sure we licked the bowl clean.

Breakfast with a view at Trout Hunter Lodge, we ordered an omelet that was chocked full of spinach, sun-dried tomatoes, and feta cheese with a side of crispy hash browns. We couldn’t resist ordering the huckleberry brioche french toast that was topped with homemade whipped cream, and slivered almonds. The food was so fresh and filling, we were energized and ready for one last day on the river!

In conclusion, we really loved every moment and can’t wait to explore more of Henry’s Fork and Island Park, Idaho. Be sure to reach out if you are making plans or have any questions.

Be sure to check out some of my latest posts below! 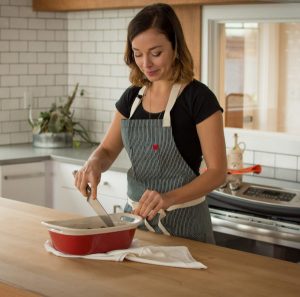